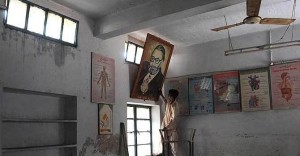 That “Salam was a genius and for genius to end up winning Nobel Prize is no big surprise.” writes Nidhal Guessoum, a professor of physics and astronomy and the author of Islam’s Quantum Question. But Salam was much more than just a physicist. He was also perhaps one of the most influential scientists of his times whose influence went beyond the realm of physics to affect the society at large. In this he was, perhaps, the most shining star – second only to the Great Master, Albert Einstein, himself – in the galaxy of scientists who came and went in one of the most productive centuries of modern science. It would probably not be grossly incorrect to say that as far as influence beyond the world of science is concerned, Salam was to the developing world what Einstein was to the developed world.

Salam’s crowing achievement, however, was the setting up of International Centre for Theoretical Physics (ICTP) in Trieste, Italy, in 1964. This Centre, which Salam envisioned as the first department of a broader UN University provided a ‘meeting place for leading theoreticians from the East and the West” but also, more importantly, a place where scientists from developing countries could spend some time working with other colleagues and leading scientists of the time to reduce their frustration at lack of support back home thus stemming the brain drain from the developing world.

Over the years, ICTP has hosted over 100,000 scientists from the developing world – more than 6000 visitors from 122 countries in 2005 alone – and has contributed tremendously towards reducing the intellectual isolation of scientists and arresting the brain drain towards the West. While at ICTP, he also laid the foundation of the Third World Academy of Sciences (TWAS) to support scientists in the developing world. He was also instrumental in proposing the Islamic Science Foundation that never really saw the light of the day.

Salam has had a towering influence on the development of science – which he often referred to as a ‘common heritage of mankind’ – in the developing world.