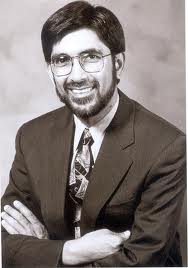 For those of us, engineer-innovator types, who have lived long enough to see the eighties and early-nineties, there was one Pakistani role model Innovator-Entrepreneur personified. That was Irivine-based NED Grad Safi Qureshey who founded AST Reseasrch Inc. in 1980 along with two immigrant entrepeneurs Albert V. Wong and Thomas C. K. Yeun.

In 1986, AST Research started its own line of computers and brought in considerable new marketing and technology innovation. For instance, AST was the first company to offer “upgradable” computers that used inexpensive modular components which addressed concerns that PCs would always become obsolete. Such ideas showed AST to be more a pioneer than just a mere clone maker. In 1989, AST became first IBM-compatible computer manufacturer (a week behind IBM itself) and offered an ‘upgraded’ PC based on Intel 486 and later Pentium Chip. In just 13 years, AST had broken into the ranks of the top 10 companies in terms of units shipped with third-fastest sales growth in 1993.

It was then that Vice President Al Gore who championed reinventing of the US Federal bureaucracy described AST Research as a role model for re-inventing stating: “I can’t tell you how impressed I am with this company.” Safi Qureshey of AST Research survived a break-up of its founders and served as CEO of AST Computers until it was acquired by Samsung in the later years. Safi Qureshey remained an active entrepenreur-investor having founded Quartics, Enabling Technologies, and a number of other ventures after AST. However, none of these shine as brightly as AST Research that was for a time a pure inspiration for Pakistani engineers-innovators around the world.